Philip approached his fundraising very pragmatically, step by step. Having decided that the money raised would go towards buying boots for refugees, he became the first donor – by donating his winnings from a pub quiz.

Next, he used his existing contacts with local refugee support groups who could spread the word about his fundraising on their Facebook pages and give details on how people could donate. These included Brightlingsea Refugee Support Network and Refugee Action – Colchester. 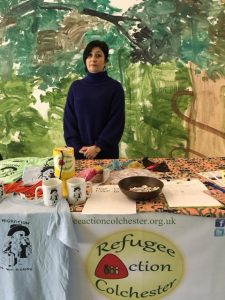 Philip then spoke at a local screening of the film Calais Children: A Case to Answer, organised by Stand Up to Racism, whose audience would already be sympathetic towards refugees. He described his experiences in Calais, why he was raising money for the refugees there and how the people could donate.

Realising that having something to sell would increase the money raised, Philip then asked a friend and artist Simon Shaw to donate mugs and T-shirts which could be sold at local events, again where audiences would already be receptive to his message. The Holocaust Memorial Day and the Labour Party Creating Change launch event were just two of the places that Philip and his colleagues from Refugee Action – Colchester set up their stall, and they are planning to continue selling the mugs and T-shirts at other events including the next local Pride Day.

Having raised a truly impressive £952, what’s the best bit of advice Philip would give?

“Making use of my connections with local refugee support groups was incredibly helpful. They were able to spread the word, which is an essential part of fundraising.” 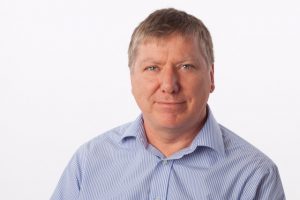